Back in May there was a proposal to completely change the way HIV Prevention was delivered in London, to scrape the current multi-branch approach and replace it with a system was only designed to was waste money. Well, thanks to the public out cry, that wasn’t steam-rolled through and we still have an approach that is working. But not for long, it seems.

The latest funding proposal for HIV prevention serving gay, bisexual and other men who have sex with men (MSM) is to be only £1,145,960 (£1.1 million), that means there will be a cut in the money for HIV Prevention next year (the new funding will start in April 2008). This will work out at £7.64 a year for every MSM in London – that’s how much London PCT’s value MSM’s health. Back in April 1998 the funding was £2 million, so ten years later we’ve see a 55% reduction in HIV Prevention funding. This is a scandal, especially when we’ve actually seen a fall in HIV infections in London’s MSM – the opposite of the national trend.

But we don’t have to take this lying down. Firstly, there is a petition to the Prime Minister to oppose this, and we can sign it online at http://petitions.pm.gov.uk/hivprevention/

Also we can write to our MP, which can be done online at http://www.upmystreet.com/commons/l/ , and tell them how much we oppose this.

We won back in May, we need to do this again. One voice, shouting on its own, can easily be ignored; many voices all speaking together will grab attention. 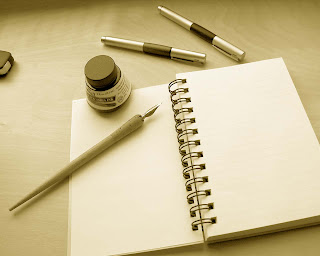 I’ve finally found some time away from working (the non-creative world of audits) to do some writing of my own, and some of it is getting published.

I’ve had another very short story published on the Gay Flash Fiction website (http://www.gayflashfiction.com/ ). Its a very brief short story, called Once More With Feeling, about a man who find his lover is being unfaith but does behave in the expected way. Unfortunately, I can’t post a direct link to the short here, because of the format Gay Flash Fiction all the pages have the same address, if you go to the Stories Page of the website the story is about halfway down. Enjoy.

Nursing Times has accepted another of my comments pieces, which is due for publication in December, and Nursing Standard has commission me to do another book review.

I have also started to post articles on Shvoong website, which is like a showcase for free lance article writing. Editors can view abstracts of my articles and buy them if they want to publish them. I have one article already up on it (http://www.shvoong.com/medicine-and-health/1696951-step/ ), so fingers crossed that can generate some more publishing chances.
Drew.
Posted by Drew Payne at 11:03 No comments: