Christmas is here and it’s time for our own E-Christmas Card, of sorts. This slide-show features pictures taken in our very own back garden, by my partner Martin, and set to the music Clair De Lune by Debussy. So turn your computer’s sound on, take a minute or two and enjoy the music and pictures here.
Merry Christmas and a Happy New Year.
Drew.
(P.S. if you enjoyed this, why not have a look around my blog)
Posted by Drew Payne at 21:42 No comments: 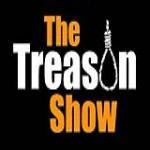 The other weekend Martin and I spent it in Brighten. We went there for a little winter break, but we also went to see The Treason Show. This month’s show they included two of my sketches.
As the two actors came on stage, to perform the first of my sketches, I felt a tight lump in both my throat and stomach. They were speaking the words I’d written and I had no control of it. I had to just sit back and trust their performances. Then the audience starting laughing, laughing at the words I’d written and the way the actors were performing them. The best part, the only person in the audience who knew it was my sketch was Martin. I felt just the same as they performed my second sketch.
That’s my favourite part of writing, being able to communicate with people anonymously. Most people who read my writing have never met me and never will. I love that about writing. Those people will know me only by my writing, and often by only reading a few things I’d written. It’s the anonymity of writing that I do so like.
Writing satirical sketches is also such great fun, I can put all my anger and frustrations into them, especially when our Government screws up, again. Instead of shouting at the television, I can put all that anger and bile into a sketch.
What would I do without writing?
Drew.
Posted by Drew Payne at 22:03 No comments: