Home from the Holidays 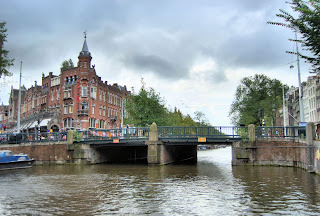 September is our month to go on holiday. Our reasoning is simple: we don’t have children, the school holidays are over by September, therefore it’s easier and cheaper for us to holiday then.

This year we went back to Amsterdam, a city we’ve enjoying visiting in the past.

The last time we were there was six years ago (the first time I went there on my own was back in 1994) and things have certainly changed since then. Amsterdam is no longer the sex party capital of Europe that trade (pun intended) has moved to the Eastern European cities; but it’s still a wonderful city. True, that was one of the reasons I first went there, in the 90’s, but I was young and single then (!!). Now we like visiting it for the cultural life, the welcoming and laid-back attitude of the people and wonderful range of places to eat. It is still a city that seems so geared towards welcoming visitors, rather than London that seems to just tolerate them.

Martin took thousands of photographs (I joke not) while we were there (Two of them illustrate this blog) and he captured so many different images of the city. He has an eye for the unusual, as well as the typical landmarks. I spent my time relaxing and writing, though there was a rush to answer emails half-way through our holiday. I have an essay coming out in book, in the States, and it was all the final preparation before it goes to the printers – there’s so many things for me to sign and agree (more about it later when its published).

We also took advantage of the excellent public transport there, it’s so easy to get around and they still have their network of trams. I especially enjoy travelling on trams, I guess it goes back to my childhood (though I’ve never lost) love of trains. We travelled there and back on the Eurostar, though we didn’t get there all the way on it. We got the Eurostar to Brussels and then the International Express from there to Amsterdam. 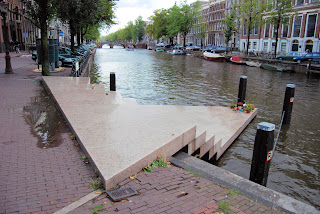 It may sound as if we did a lot of travelling, there was a bit involved in it, but it was such a relaxing holiday. Both of us were tired and stressed before we left, work and everything had taken its toll out of us; this holiday breathed new life into us. We relaxed, we explored a city we love, we eat in some good restaurants and just unwound.

The only problem, it’s a year to go until our next holiday.

Drew
Posted by Drew Payne at 16:32 No comments: