A Worrying Change and It’s Aftermath, An Update 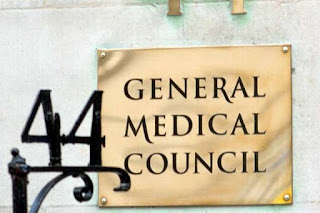 Back in December 2015 I posted a blog about Dr Hadiza Bawa-Garba (read it here), she had just been convicted of manslaughter, following the death of a boy under her care. It was claimed that she missed clinical signs that Jack Adcock, the boy, was deteriorating. He would die from a cardiac arrest, secondary to sepsis (1).

Dr Bawa-Garba was prosecuted over his death, found guilty and received a suspended sentence of two years (2), this is at the very lightest end of the sentencing range for manslaughter, and shows that the judge did not believe there was any malice behind her actions. The jury deliberated for nearly 25 hours to reach their verdict and then it was a 10-2 split (3).

Initially an independent tribunal at the General Medical Council (GMC), the doctor’s regulatory body, recommended that she was suspended from practice for a year (4). The GMC itself though did not agree, they went to the High Court and obtained a ruling which struck off Dr Bawa-Garba for life (5). The GMC claimed that she had to be struck because she had been found guilty of manslaughter (5).

This week Dr Bawa-Garba won an appeal against the High Court ruling and she can again practice as a doctor (6). The Court of Appeal found that there was no malice in her actions and that she did not present any risk to the public (6).

But Dr Bawa-Garba wasn’t the only person prosecuted and sanctioned over Jack Adcock’s death. Isabel Amaro, the nurse looking Jack Adcock when he was admitted, was also found guilty of manslaughter (7), she too received a two year suspended sentence. Theresa Taylor, the unit’s Charge Nurse, was found not guilty (3). 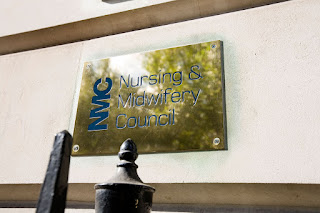 The Nursing and Midwifery Council (NMC), the nursing equivalent of the GMC, also struck off Ms Amaro. They also struck her off for the same reason as the GMC went to the High Court to strike off Dr Bawa-Garba, Ms Amaro was found guilty of manslaughter (8), receiving the same sentence as Dr Bawa-Garba, which shows how much of a threat to public safety the judge saw her.

Reading the NMC’s Fitness to Practice (FtP) findings on Ms Amaro was an unsettling experience, to say the least (8). Ms Amaro painted a disturbing picture of the unit on which Jack Adcock died. An under-staffed, under resourced, over worked unit, were Agency Nurses, such as Ms Amaro, were only “allowed” to raise concerns with the nurse-in-charge, and if the nurse-in-charge ignored her she wasn’t “allowed” to go over that person’s head.

The NMC’s FtP hearing found that Ms Amaro’s actions were a one-off failure, that she wasn’t an unsafe nurse, that she had showed remorse for her actions and had sort training following the incident. They found that there was no malice in her actions and that she did not present any risk to the public (Exactly the same as the Court of Appeals said about Dr Bawa-Garba). The only reason they found to strike her off was that she had been convicted of manslaughter and that tarnished the public imagine of nursing, and therefore she was struck (8).

Following Dr Bawa-Garba’s Appeals Court victory the NMC has stated that it has no plans to review Ms Amaro’s striking off (9). “An independent panel took the decision to strike Ms Amaro from our register after hearing all of the evidence in the case and taking her conviction and suspended custodial sentence into account,” an NMC spokesperson said (9). After reading the FtP’s finding I take great exception to this statement, the evidence was so very thin. But this again this high-lights the very poor standards of the NMC’s FtP process. Dr Bawa-Garba’s original GMB tribunal panel, who recommended only a year’s suspension (4), had been made up of doctors; Ms Amaro’s FtP panel was made-up of one nurse (An Assistant Director of Nursing) and two lay people. Not exactly a panel of her peers.

Dr Bawa-Garba had the support from the medical profession (10), more than 8,000 doctors had signed an online letter condemning her treatment (11), her legal action was crowdfunded by other doctors (12) and the BMA annual conference passed a vote of no confidence in GMC over its treatment of Dr Bawa-Garba (13). The nursing profession has remained silent over Isabel Amaro’s treatment. We should be hanging heads in shame. The NMC’s treatment of Ms Amaro has been disgusting and yet again nurses seem to be reacting with the attitude “Thank God it wasn’t me”, but it could easily be anyone of us. All of us in the NHS are working in unsafe environments, over-worked, under staffed and under resourced, all of us could make a mistake in the same situation that Ms Amaro was in.

Dr Bawa-Garba and Isabel Amaro both had unblemished clinical records, both women were working in an impossibly stressful situation, both of them were involved in a situation that lead to a patient’s death (Though they weren’t the only ones responsible and neither of them acted maliciously), both of them were used as scapegoats for a disgustingly poor clinical environment, yet only one of them had the support of her peers, the doctor. As nurses we should be completely ashamed of ourselves for lettings this happen.

Where is the campaign to get Isabel Amaro restored to the NMC register?

As for Leicester Royal Infirmary, the hospital that allowed its clinical working environment to become so unsafe that a child died, well the police did not pursue charges against the hospital, saying there was no evidence (14). The thrust, at the end of my blog, was that no one was fighting for Isabel Amaro. Dr Bawa-Garba was only re-instated onto the GMC register because of the support, fundraising and campaigning of other doctors. When I wrote my blog I couldn’t find anyone doing that for Isabel Amaro.

At the end of last I received an email, from Change-Dot-Org, advising of a petition calling for Ms Amaro's reinstatement (15), being run by the group #IamNurseAmaro. It is also being supported by NMCWatch (16), an organisation highlighting the failings of the NMC, and they certainly have a lot to highlight. #IamNurseAmaro have their own Facebook page here. Keeley House Baker has also written an in-depth blog about Ms Amaro (17).

I have signed the petition, please sign it too because the more people who do sign it the less the NMC can ignore it. But also sign-up to #IamNurseAmaro Facebook page. Getting Ms Amaro back onto the NMC Register will take more than just signing a petition, we need to make a lot of noise and repeatedly highlight the injustice of her treatment.

The Facebook page does make uncomfortable reading because they talk about the high toll all this has taken on Ms Amaro and her health.

It could so easily be any other nurse, it could be me.

Drew Payne
Posted by Drew Payne at 09:13 No comments: