Today I found out that a review of mine has been published in this week’s edition of Nursing Standard magazine.
It was a review of the book Dying To Be Men (Psychosocial, Environmental, and Biobehavioral Directions in Promoting the Health of Men and Boys). Now that might not sound like a much of a page-turner but it was a very interesting book and very informative. At looked at men’s attitudes to their health and how that affects their accessing healthcare. As a nurse and someone who writes about health this was fascinating. But this book had a real drawback; it was very American in tone and content. All its data and references were about American healthcare, a very different environment to our British system.
These reviews are short, often only two hundred words or so, but I do enjoy doing them. They force me to be concise and say simply what I feel, is this book worth buying/reading or not. Also, and not to be turned down, I get paid to write them.
Read more about this week’s Nursing Standard here.
Drew.
Posted by Drew Payne at 21:20 No comments: 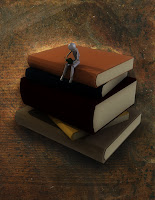 I’ve been silent on this blog for too long now. My excuse isn’t original but I’ve been so busy and distracted. Back in April I was made redundant. The company I worked for went into financial crisis. They did a lot of work for the NHS and weren’t being paid, because of all the NHS cutbacks. All this lead to me taking redundancy. Since then I’ve been looking for a permanent job, and that hasn’t been easy but has taken up so much of my time. Must employers only seem to be taking casual staff. At the moment I’m working as a Bank Community Nurse, in Central London, but fortunately there’s plenty of this work to go around. I’m still looking for a more permanent/long-term job though.
Enough of my woes. I have still been writing and fortunately have been having quite a bit of success with it.

I’ve had several articles and reviews published in Nursing Standard magazine, I’m so fortunate to have such a good relationship with them. The most recent article of mine they published was a nurse’s guide to the Equality Act. To me, this is such an important piece of legalisation, not the “political correctness gone mad” as our media likes to call it. For nurses, too, it’s very important because nurses are called to respect equality, it’s in our code of practice. Equality is far more than just “treating everyone the same”, it’s about creating a level playing field for everyone, and unfortunately we need laws to ensure this.

I had a short story included in Gazebo (No 11 Summer 2011) magazine, it was called Appetite. It was about a gay man who’s suffer from anorexia, though he just feels he needs to lose weight to do attractive. It’s another of those subjects that I feel important about, mental health, and how it affects people’s lives. It was certainly one of my tragic themed stories.
My biggest writing success has been The Treason Show, a monthly Brighten satirical review. So far I’ve had sketches in the two most recent shows. I started writing, back as a teenager, writing sketches and now I’m back to it again. It has also re-fired my desire to write plays, so watch this space, as they say.
My short story, Love & Need, can be read here. It’s about a man whose boyfriend is needy and demanding, but this makes their relationship instead of breaking it. My twisted take on everything.
Also, watch this space because I’m going to be trying to post a short story on this blog each Friday. This is so I can enter the Mad Utopia’s Flash Friday writing. It all sounds complicated but it’s another showcase for my writing and I can’t turn my nose at that. You can read more about it here.
Drew.
Posted by Drew Payne at 17:18 No comments: