Sorry is the Easiest Word to Say 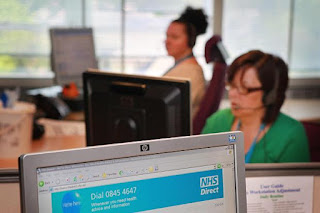 On 26th January, Jeremy Hunt apologised in Parliament, over the death of a one year old boy from septicaemia. Hunt said: “Whilst any health system will inevitably suffer some tragedies, the issues in this case have significant implications for the rest of the NHS that I'm determined we should learn from." (1)

But how can he say he is “determined” to learn from it when the changes brought in his government party lead to this boy’s death.

William Mead (The one year old boy) died on 14th December 2014 from septicaemia, secondary to pneumonia. The boy’s parents had repeatedly taken him to his GP and repeatedly called to NHS 111 about William’s deteriorating health. The official NHS England report (Only published in January 2016) stated that if the Call Handler (Non-clinically trained staff who answer NHS 111 calls), who spoke to William’s parents the last time they called, had recognised how seriously ill the child was, William’s death may have been prevented (1). This is very demanding.

NHS 111 has been plagued with problems; poor staff training (3) using untrained temporary staff and poor supervision of staff (3), claims of being “dangerously understaffed” (4) and an uncomfortable lack of clinical staff (5). In January this year; Integrated Care 24, which handles NHS 111 and out-of-hours GP calls in Norfolk and Wisbech, was criticised for not publishing a damning, leaked report into their performance. The report stated that people had to wait 12 hours for a call-back, which caused significant patient safety issues, a lack of GPs employed there and the poor level of staff recruitment (2). This was over a year after William’s death.

To be cynical it always looked like NHS 111 was brought in as a cheap replacement to its predecessor, NHS Direct, but what other conclusion can be drawn. NHS Direct employed experienced nurses to triage all symptomatic callers (Any call about a person with medical symptoms) and gave them appropriate advice, these nurses were employed on the equivalent of Band 6 and above. With NHS 111 all calls are triaged by non clinical call handlers, using computer algorithms (a computerised assessment system), which seems to be a tick-box assessment. These call handlers only have six weeks training (6). They do not have the clinical experience to recognise when something is wrong, when symptoms do not sound “right”, when there are complications that increase the severity of a person’s symptoms. There are nurses available in the call centres but they don’t triage calls, they are there to advice the call handlers. There have also been whistleblower claims that NHS 111 is short of these nurses (5).

I used to work for NHS Direct (Back at the beginning of the millennium) as a Nurse Advisor. Telephone Triage (Assessing patients over the telephone) is a difficult and complicated skill, because you cannot physically examine the person so you have to carefully talk to them to get a “picture” of their symptoms. I couldn’t have safely done that without the years of nursing experience I had built up before starting that job to call on. Many of the people I spoke to had a poor basic knowledge of their bodies, what is normal and what are symptoms of illness. I do not know how we can expect non-clinical call handlers to do this complicated assessment, it is more than just reading questions off a screen.

I have repeatedly turned down offers of jobs at NHS 111 in the last four years and always for the same reason, I do not feel it is clinically safe and I don’t want to work for a clinically unsafe organisation. It may sound selfish, but I want to keep my registration as a nurse.

Unfortunately I do not see NHS 111 improving any time too soon. Jeremy Hunt has proved very deaf to the concerns of healthcare professionals and this Government has reduced their spending on the NHS (7). Are they willing to spend the money it will take to make NHS 111 a safe service?