The NMC Disappoints Me Again, Why Aren’t I Surprised 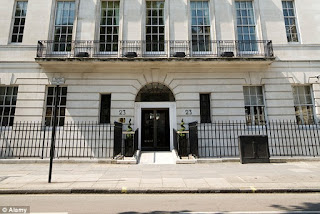 I am disappointed and disillusioned by the NMC (Nursing and Midwifery Council). What can I do about it?

Last week their tribunal found Donna Wood guilty of “dishonesty” (1) and she has been suspended from practising as a nurse for two months (2). Yet this whole process has left a nasty taste in my mouth because from all the reports I have read of her tribunal I cannot see what evidence they based their decision on.

Dr Martin Dheal, a consultant psychiatrist who also volunteered to look after Ebola patients in Sierra Leone, said: "I can't help but think that part of what's happened subsequently is just scapegoating, and trying to deflect blame on to individuals" (2). I agree with him. This and the persecution of Pauline Cafferkey (3) has left me with the deep feeling that NMC is not professionally regulating nursing, but is instead bowing to pressure from NHS institutions.

Donna Wood was accused of falsifying the record of Pauline Cafferkey’s temperature on a screening form at Heathrow Airport, yet the tribunal couldn’t even determine who wrote actually the temperature on the form (1).

Pauline Cafferkey, Donna Wood and Dr Hannah Ryan (A newly qualified doctor who also volunteered to look after Ebola patients) all took each other’s temperatures at the screening centre, when they arrived back into Heathrow from Sierra Leone, because there were no Public Health England clinicians available to do so (1, 2 & 4). 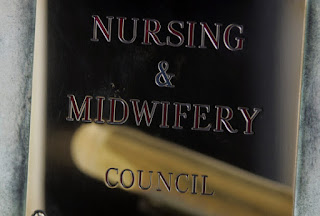 From the reports of her tribunal I have read, Donna Wood seems to have been convicted only on the evidence of Hannah Ryan; yet Hannah Ryan is also facing a GMC disciplinary panel next year for her actions at Heathrow Airport (4), she physically took Pauline Cafferkey’s temperature. Why did the tribunal place so much emphasis on her testimony? Her testimony should have been questionable at most. Hannah Ryan was testifying to the NMC tribunal, ahead of her own GMC tribunal, the tribunal should have questioned how much of her testimony was placing herself in a good light. Her evidence was that it was Donna Wood who said to record a falsely low temperature on Pauline Cafferkey. In the end it seemed to be Hannah Ryan’s word against Donna Wood’s.

Donna Wood’s treatment at the hands of the NMC has left me feeling disgusted and also very unsafe. The evidence against her was thin and she was put into a ridiculous position by Public Health England’s chaotic organisation of the screening centre at Heathrow (This blog goes into much more detail of that); yet the NMC tribunal has found her guilty. The NMC does not seem to have questioned the nature of the complaint against her (Public Heath England brought complaints against Pauline Cafferkey, Donna Wood and Hannah Ryan after Pauline Cafferkey developed Ebola, shifting the blame?) nor have they seemed to question the nature of evidence against Donna Wood.

If a patient was to make a malicious and false complaint against me, what chance would I have to clearing my name if this is how the NMC works?

The NMC is a dangerous organisation, run by lawyers overseeing nurses.
You may have noticed that all who pass through their claws is 'GUILTY AS CHARGED' a bit like The Queen of Hearts in Alice in Wonderland.
Im pleased you call them a tribunal for that is just what they are, they do like to think of themselves as a high court rather than a lowly employment tribunal. They even use legalese references, and use of paralegals. Only 1 registered nurse is ever on the panel and their knowledge leaves a lot to be desired, usually bringing nursing into disrepute for £310 + expenses a day.
The NMC couldnt get Pauline Cafferkey's head so they have gone for Donna Woods scalp, she was guilty before she got anywhere near the kangaroo court.
At least their cases have been dealt with quickly. One poor RN has had 12 month suspension followed by another 12 month suspension since 2012. Others I know are 15,7,6 and 4 years and waiting. Some ending up mentally ill because of the psychological abuse metered out to nurses going through the FtP torture. If RNs resort to prescribed medication & alcohol. The NMC demanded bloods and hair specimens from them, then that they sees an NMC psychiatrist.

The main problem is the NMC are not accountable to anyone, in theory they are to the Privy Council who appointed them but in practice the NMC is a loose cannon causing havoc to nurses and their families.
5000 nurses are referred each year, mostly by NMC stakeholders, 2500 end up before the NMC crew. Any nurse who reports abuse, neglect or poor standards is at risk of referral on false allegations supported by witness statements (usually HCAs) bought by the referring company or trust (Suddock Vs NMC) How long must nurses be persecuted by NMC for their own gratification Lenin Nightingale on Nursebloginternational has written copiously about th NMC and its actions