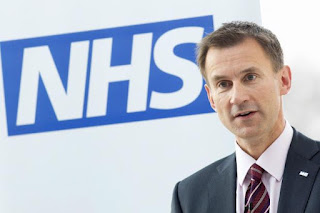 “If I put money into pay, it would be hard to increase doctor and nursing numbers.” Jeremy Hunt (1).

At a conference for senior nurses, last month, Jeremy Hunt made the above statement. He said he “dearly” wants to increase nurses’ pay but he just can’t, resources are too tight. He was basically saying that we, nurses, have a choice, a decent pay rise or more nurses working on the wards, he can’t do both. This is emotional blackmail at its worst. He should be ashamed of himself for trying to guilt people into accepting his own harmful policy, and for lying.

He is lying because it is his decision what pay rise nurses receive, he is the Sectary of State for Health. I, as a Community Nurse, have NO SAY over my pay rise. Nobody came to me and said, “You can have a pay rise equal to inflation but the five empty poles in your team will go unfilled.” I was never given that chose, even when Hunt is trying to use emotional blackmail to imply it is the only choice. Even for him it is not the only choice.

NHS resources have been cut to the quick. Since 2010 NHS funding has only increased by 0.9% a year (2), well below inflation and obscenely below the increased demand on the NHS. But Hunt is the Sectary of State for Health and could be making special petitions to the Treasury for more funding, he could be lobbying the Chancellor for a realist increase in the NHS budget, Hunt is a member of the Cabinet (3). But instead he does nothing, and when faced with angry nurses looking at another real term cut in pay, says his hands are “tied”.

Hunt says he “dearly” wants to give nurses a decent pay rise, but his previous actions show the opposite. In 2014 he vetoed a 1% pay raise for nurses (4). At the time he claimed that the NHS couldn’t afford this measly pay rise, and that it would lead to the loss of 15,000 nursing posts to pay for it (5). Hunt’s argument sounds all too familiar. Yet after industrial action, Hunt did a climb down and we got that 1% rise (6). Strangely enough, the NHS didn’t sack 15,000 nurses to be able to afford it. 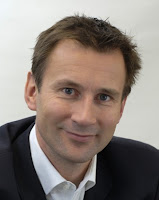 But why does nurses’ pay matter? Because of the high number of nurses leaving the NHS. Last year there were 23,443 empty nursing posts in the NHS, 9% of the nursing workforce (7). Last year 5% of nurses did not renew their Nursing and Midwifery Council (NMC) membership (8). All Registered Nurses have to be registered with the NMC to work as a Registered Nurse, if you do not renew your membership you no longer can work as a nurse, or you no longer want to work as a nurse. There also has been a 92% fall in EU nurses coming to work here since the Brexit Referendum (9).

With such large numbers of empty nursing posts Hunt should be doing everything he can to fill them, nurses are the glue of healthcare because without us the vast majority of patients would not receive the treatment they need. Yet Hunt seems to be doing everything to increase those empty nursing posts. Nurses’ pay has fallen in real terms by 14% since 2010 (10), while MPs’ pay has increased by 14% since 2010 (11).  This has seen a 50% increase in nurses applying for hardship grants since 2010 (12), grants to help nurses pay household bills and mortgages and for travel to work, the essential things of life. Last year alone £250,000 was paid out in hardship grants (13).

The NHS is haemorrhaging experienced and well trained nurses. At the same senior nurse conference Hunt spoke about this, but his answer left me dismayed. “We need to think about new ways into nursing,” Hunt said (1). Instead of looking at keeping nurses in nursing, his attitude seems to be “Just find me some new ones to replace them.” Why isn’t he valuing the experienced nurses he has? A newly qualified nurse couldn’t simply replace me, with the best will in the world they would not be able to do all the clinical work I can. They would need the years of training and experience that I have been fortunate to accrue. The NHS needs nurses like me, especially as we face increasing demand from increasing unwell patients. Hunt needs to ensure the NHS keeps its experienced and well trained nurses, so why isn’t he doing this?

Retention of staff is about pay and conditions, is about keeping staff working for your organisation. How does cutting staff’s pay in real terms by 14% (10) while their workload increases year on year encourage people to stay in their jobs? How can Hunt think this is a rational way to run an organisation like the NHS? He cannot reply on the false idea that nurses are “dedicated” and therefore will work for low pay. Nurses need to pay the bills as well, and are leaving the NHS in droves to find better paid work. What will Jeremy Hunt do when there aren’t enough experienced nurses left to safely deliver patient care? How is this man still Sectary of State for Health?

Someone has published on Amazon the book Everything I Know About Nursing by Jeremy Hunt (14). It consists of 100 blank pages and nothing else, and it sums up so much of what I feel about Hunt. At the coming election I can but hope that Hunt will lose his seat and the NHS will be finally free from him. Unfortunately Theresa May would probably appoint someone just as awful and arrogant as Hunt to replace him, the NHS is such a low priority to her.