Today Would Have Been His Birthday 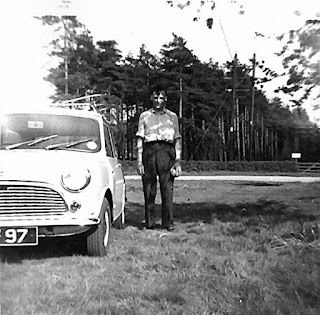 Today, the 19th December, would have been my father’s birthday but he died in 2003. He died before Facebook, Twitter, Instagram, Smartphones and Tablets. He only started to use a computer after he retired, discovering the internet after that. His use of emails could be erratic and interesting, to say the least.

He came of age during the Second World War, which left a very formative impression on him. For him it brought great freedoms, as a teenager he was given so many adult responsibilities, many of the adults were away at war so he was needed to fill their shoes, going from boy to man almost overnight, and he loved it. His stories about that time were always filled the pride that that was the best time of his life.

He lived his life in a world that was so different from ours now, not just new technology but a whole different world of attitudes. When my parents married, in 1952, the only divorce you could get was for adultery, being gay could land you in prison, terminating a pregnancy was illegal, if your parents weren’t married you wouldn’t be automatically recognised as your father’s child, attitudes to any sex outside of marriage were almost medieval; and racism, sexism, homophobia and prejudice toward the disabled were just perfectly acceptable “values”.

The world I live in is a world away from the one my father grow up in, yet it is also within living memory. The world has changed so much since I was born, but it is unrecognisable from the world that my father grew up in, and I am so grateful for that.

My father lived through so much change in his life but I still wonder what he’d make of our social media. Part of me feels a sinking feeling of how he’d have over shared on it, tagging me into all his posts, did I really need to know what he had for breakfast and that he discussed his constipation with his GP, again, and I can hear him complaining, “How can I say anything in only 140 characters, what fool thought that was a good idea?”

Tom Payne, my father, a man who lived through the world that changed.