Read The Small Print Before Signing 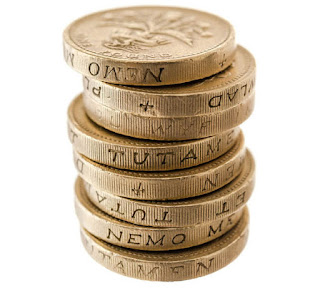 Back in October Jeremy Hunt announced that the 1% pay cap (forced on NHS staff) was finally going to be scraped (1). Six months later we have got news of what that pay deal will be (2). At first the offer seems to be going some way to redress the loss of pay, in real terms, we have suffered with this government’s pay freeze and then pay cap. Since 2010 nurses’ pay has fallen in real terms by 14% plus (3).

At the beginning of March, it was leaked in the Guardian newspaper that the government had drawn a “red line” that this pay offer would come with the condition that we had to give up a day’s annual leave (4). Never has a single MP’s pay rise come with this condition. Naturally there was an outcry against this. NHS staff have worked hard enough over the previous years, especially during last winter, the sheer arrogance of this demand was breath-taking. Strangely, when the pay offer was official announced, at the end of March, gone was the requirement (2). Had this been a crude example of political spin, to make us swallow this pay offer without too many questions?

This pay rise might seem generous at first sight, a pay rise of 6.5%, but a closer look quickly shows that this simply isn’t the case.

The pay points, on the Agenda for Change (AfC) pay scale, are to be “re-structured” (5). We are told that this is to remove the overlap in Bands (5). If you are on the top pay point of Band 5 you will be earning more than someone who is on the bottom pay point of Band 6 (Though the Band 6 person’s pay will increase yearly pay increments). The pay bands will be reduced to three for Bands 5 to 9, with only two pay points for Bands 2 to 4, and they will not be awarded yearly (5). Ultimately this will see a reduction in yearly pay rises, people will reach the top pay point for their Band quickly, even with pay points not being awarded yearly, and then face the only increase on their pay being a yearly pay rise, which since 2010 has been repeatedly below inflation. Gone will be the yearly pay increases from AfC.

To move onto the next pay point we will have to had completed the following:
And it looks like that these requirements maybe enforced more (5). So if your unit is so busy that you can’t get to your mandatory training, if your manager is too busy to arrange your appraisal, or you are that manager who is too busy to arrange your staffs’ appraisals then you won’t move to the next pay point. So if our workload is too heavy our pay could actually suffer.

There has been much made of that some people will receive a 29% pay rise but in reality most of this 29% isn’t a pay rise but part of the re-structuring of the AfC pay points. Newly qualified nurses will see the biggest pay rises as the lowest pay points on Band 5 will be abolished, making a Band 5 starting salary £24,907, but that is only a 12.5% increase (8), not 29%. Only 1% of NHS staff will see the 29% pay rise through re-structuring of AfC, most of whom are unlikely to be nurses, with 50% of staff only receiving the 3% basic pay rise (9). Many nurses like myself, who are at the top pay point of our Band will only get a pay rise of 0.5% above inflation.

When Hunt announced the scaping of the pay cap, last year, he did say that any pay rise would be linked to productivity (1). We now see what this is. There will be a “focus” on reducing rates of sickness (2) and staff will be “encouraged” to work Bank shifts on top of their contracted hours. I cannot find how the sickness rates will be “reduced”, but I fear that it will entail punishing staff for being ill, i.e. more disciplinary procedures and Official Warnings for staff with raised Bradford Scores (The method used to monitor staff sickness in the NHS [10]). How will staff be “encouraged” to work Bank shifts, again I can’t find anything about this. But how is getting an already overloaded workforce to work on their days off helping with staff retention and nurses work/life balance? How will “encouraging” already overworked staff to work even more hours help reduce sickness rates?

Nursing is facing a recruitment and retention crisis. Last year saw 33,000 nurses leave the NHS, that’s a 20% raise on the number who left in 2012-2013 (11). Last May the RCN found that there were 40,000 empty nurses posts in the NHS, just under 10% of the nursing workforce (12), and since then the government has done nothing to recruitment more nurses. There are even less people applying for nurse training since this government abolished student nurse bursaries. Only published this month, UCAS announced that 14% fewer people have applied for the September 2018 intake of student nurses than did last year, and last year saw a 30% reduction on 2016 (13). Last year, for the first time, more nurses left the NMC (Nursing and Midwifery Council) register of nurses then joined it (14). 1,678 more nurses left the register than joined it, in total 35,363 left the NMC’s register. You have to be registered with the NMC to work as a Registered Nurse, so those 35,363 nurses were lost to the professional, with all their experience.

How much will this pay rise help with the recruitment and retention crisis? Pay isn’t the only reason nurses are leaving the NHS. A report to the House of Commons Select Committee on Health, in January, found that nurses were leaving because of the poor pay, but also because of the high workloads, restricted access to continuing education and feeling undervalued, especially by this government (15). How will a 0.5% above inflation pay rise for half of nurses, and then another two years of below inflation pay rises for all nurses, encourage people to stay in the NHS? It does not address our spiralling workloads, working shifts without a break because we are so busy and poor access to education, it certainly doesn’t show us we are valued by this government. Yes, newly qualified nurses will be paid more but is this enough of an incentive to encourage people to apply for training? Without the bursary, qualified nurses are now looking at £35,000 to £40,000 of student load debt, and more if they train in London (16). Though, if you earn more than £21,000 a year you have to pay back more of your student loan (16), so how much of this increase in newly qualified nurses’ salary be eaten up by student loan repayments?

Most of our unions have already backed this pay deal (2). Janet Davies, RCN chief executive, called this deal, “A significant shift in government policy that has been forced by nurses themselves. That is why we are recommending that you accept this deal.” (17) Sara Gorton, lead negotiator for the health unions, said: "It will go a long way towards making dedicated health staff feel more valued, lift flagging morale and help turn the tide on staffing problems." (2) Danny Mortimer, chief executive of NHS Employers, said this deal will make the NHS a "desirable" employer again (2). Only GMB national officer Kevin Brandstatter called the deal "jam tomorrow", saying "Long-serving, dedicated health service workers have had thousands of pounds swiped from their pay packets since 2010 by the government's cruel and unnecessary pay cap." (2)

Will I vote to accept this pay deal? What choice do I have? If we turn down this deal what is the alternative? The doctors strike in 2016 was bitter and won little concessions, but at least the doctors had us to cover for them. If we strike who will cover for us? No one and patient care will suffer. Also, if we reject this pay deal the government will not offer us the deal we want, they will not restore the pay they have taken from us since 2010, instead they will claim there is no money for any other deal, I am certain. I am so demoralised by my treatment from this government that I am willing to accept as bad a pay deal as this one because I am desperate for any type of pay deal that isn’t another wage cap.

I was right to mistrust this government when they announced they had “scrapped” the pay cap (18), what they are offering in its place is barely any better but what can I do?

"The agreement [this pay deal] reflects public appreciation for just how much they [NHS staff] have done and continue to do," Jeremy Hunt (2), but he has always repeatedly shown his hypocritical attitude NHS staff, he certainly doesn’t value us.

If you want to know how much your pay will or will not increase then check here, at the NHS Pay Calculator.