One in Ten People 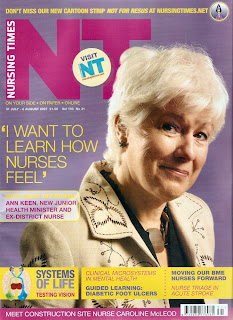 To mark the 25th anniversary of Terry Higgins’ death this year, one of the first people to die from AIDS in Britain, The Terrance Higgins Trust (Who bare his name) conducted a survey into people’s attitudes and knowledge around HIV & AIDS. 10% of those who took part thought HIV could be caught from sweat, 10% thought you can get it from kissing, 12% thought you can get it from sharing cutlery. 20% thought there’s a cure for AIDS.

When I read this I was shocked, all these beliefs are false but what was more shocking is that these are basic HIV/AIDS information, not rocket science, and should be widely known by now. We’ve had twenty-five years to get our message across, what the hell has gone wrong?

I turned my horror into an opinion piece for Nursing Times magazine (it was published two days ago), with the hope that others will feel the same way that I do. I can barely believe that our health information message has gone so wrong on HIV/AIDS. But HIV is no longer a “hot potato”, the media has long ago lost interest in it, and so such of our health information is in reaction to the latest media health-scare.

I am deeply saddened by this. So often we seem to be chasing behind bad information/rise in infection rates were HIV is concerned. We’ve had over twenty-five years and we are still not winning the fight against HIV, and it makes me feel sick.