One of Those Moments. 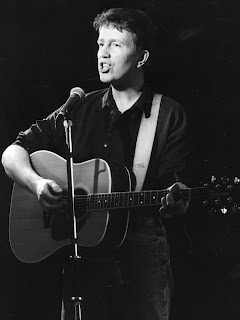 While growing up the images of gay men I had were limited, at best. They basically came in two types, the sexless effeminate men (you couldn’t call them queens because they were so pathetic) or the self-hating and constantly apologising “hom-o-sexuals” (“oh please forgive me for being such a pervert”), and neither of them were remotely sexual. It was the 1970’s and it was no climate to try and develop a gay identity.

As I slipped into my teens I was desperate for any kind of gay images, anything that didn’t tell me gay was bad and unnatural. I couldn’t find it anywhere on television, if it was on radio it was hidden to me, and growing up in suburban Liverpool I had no access to the first shoots of British gay publishing – the newspapers I saw, if they ever mentioned it, only ran gays as “dirty pervert” stories.

On a cold Friday night in 1981 it all finally changed. My parents were out and I had the house to myself, so I sat down to watch the television the whole night – as a teenager I was practically addicted to it. I was watching Channel 4 (back then it was still new and still broadcasting programs aimed at “minorities”, programs aimed at groups no other channel would bother with; it hadn’t turned into the Reality TV and imported programs channel it is now), it was broadcasting the first Secret Policeman’s Ball that night. In the middle of all that Oxbridge humour Tom Robinson came on and, accompanying himself on a guitar, sang Glad To Be Gay. It was like a new world opening up for me.

Gay To Be Gay was never an anthem of pride, it was always a protest song against homophobia, yet it was the first time I ever heard someone publicly stand-up for being gay, it was the first positive image of being gay I had seen and it was wonderful. Here was a gay man who was unapologetically standing up for being gay, who was saying the problem was with society’s homophobia and not with his sexuality, and he was attractive.

For two minutes I watched almost breathlessly, this wonderful moment of basking it such a positive gay image, then it was over and the Oxbridge comedy continued.

At the time I never told anyone else about what I’d seen that night. I could barely accept that I was gay, back then, I could never have admitted to seeing and let alone enjoying Tom Robinson’s performance; but I never ever forgot it.

Several years later I saw Tom Robinson live, on a very wet Sunday evening in Southport’s Floral Hall (Southport is God’s Waiting Room on the Irish Sea). Live his performance was even better, he sang all the sang of his I’d grown to love in those few years (that moment on television had made me a life long fan), and when he sang Glad To Be Gay I happily sang along too – as did the rest of the audience.

Many years later I actually met Tom Robinson. It was in Trafalgar Square, London, for a World Aids rally. He was comparing and singing at it, I was a volunteer there. I physically met him and shuck his hand, he was handsome and charming as I remember from seeing him on stage. But I never told him about seeing him television, back in 1981, and what it had meant to me; well you don’t, do you…