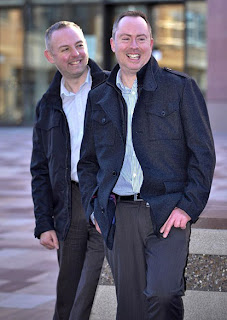 So often human rights are won a small piece at a time, not with a loud and big victory beloved by Hollywood films. One of those small victories was won, here in England, last month.
In September 2008, Martyn Hall and Steven Preddy (a gay couple and civil partners) booked into a Guest House just outside Penzance. When they arrived the Guest House’s owners, Peter and Hazelmary Bull, refused to let them share a double bed because it went against the Bull’s Christian beliefs. The Bull’s said they didn’t allow unmarried couples to share a room but they plainly refused Martyn Hall and Steven Preddy a double room, even though they were civil partners (which for all intents and purposes gives them the same legal rights and protections as a married heterosexual couple), because they were a gay couple.
Last month, Martyn Hall and Steven Preddy won their case of discrimination against the Bulls, and rightly so. They used the Equality Bill to bring their court action for discrimination and the judge agreed with them. (http://tinyurl.com/4zxggoz)
The Equality Bill has come in for a lot of attacks almost since it came into law but to me it is one of those very just laws. Read simply, it says that anyone who provides a service for the public can’t refuse someone goods or service because of the person’s sexuality or their perceived sexuality. This includes refusing a gay couple a double room where you’d offer one to a heterosexual couple. For me, this law has taken away that shadow which would hover on my shoulder. The fear that if someone realised I am gay they would refuse to serve me, help me and even treat me. The fear that I would be turned away from the hotel or restaurant, the taxi would refuse my fair, the shop assistant wouldn’t serve me, the doctor or nurse or dentist or podiatrist would refuse to treat me, all because I’m gay.
The Equality Bill gives me protection against that fear and I am so grateful for that, unfortunately not everyone feels the same.
Evangelical Christians didn’t like The Equality Bill even before it came into law, when it was before Parliament they were trying to get an exemption from it. Now, it seems, the right wing pundits have also turned their bile onto the Equality Bill. Following this, Melanie Phillips (A nasty bigot at the best of time) has called gays the “new McCarthyites” in a Daily Mail article (http://tinyurl.com/66g76dq) and further accused gay activists of trying to “brainwash” children (http://tinyurl.com/6ho4lv9). When challenged, she said she’d defend gays from “true prejudice” – I wonder if she even knows the meaning of the word. Then we have a Daily Mail cartoon portraying a couple as skinhead thugs with Nazi tattoos (http://tinyurl.com/659h3bl). Now, we have the former Tory Lord Chancellor Lord Mackay of Clashfern saying Christians should be able to act on their “consciences” and ignore The Equality Bill (http://tinyurl.com/66wqflu) – that would quickly strip us of all the protection the bill gives us.
The greatest irony is that The Equality Bill extends to sexual orientation the protection already, in law, for religion and belief. Christians are fighting to deny Lesbians and Gay Men the protections they already enjoy in law, it sounds all too familiar to my very jaundiced ear.
Drew
Posted by Drew Payne at 13:33

Drew I admire your continuing integrity - your position hasn't shifted one inch in the last 20 years. I continue to respect and support your views. Keep writing!