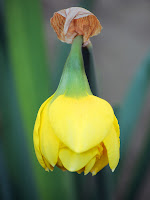 Today is Mothering Sunday, but often now I forget what date it falls on. It has lost it significance since my mother died. Its no longer the date that I have to make sure that I have ordered flowers before, enough days ahead to ensure they are delivered on time. I must not disappoint her, not on Mothering Sunday, I always told myself. But this year marks the tenth anniversary of my mother’s death. Mothering Sunday has lost that panic-to-be-prepared feeling, now it is a date that creeps up on me unexpectedly and leaves me full of memories.

Increasingly, and especially this year, I’ve noticed how mawkish and sentimental people have got over Mothering Sunday. It seemed that Facebook was awash with posts about wonderful everyone’s mother was. The worst I saw was posted by my own sister. She had a facebook message about how good her mother had been and what a wonderful person her mother was, supporting my sister in all her choices. It bared no resemblance to the woman I had known as my mother. As loving as my mother could be she was always very critical, finding the bad even in loved ones.

I feel we do as much a disservice to someone’s memory to whitewash it and paint them as “perfect”, as we do if we only remember them as heartless and cruel. I want to remember the whole person, their faults and their virtues; but my view doesn’t seem popular. now a days it seems that no one nasty dies, the recently deceased are always "loving" and the "life and soul of the party". All memories now HAVE to be the "most wonderful person who every lived", the rose-tinted view has won over.

Those Pictures Mothers Carry Around With Them. 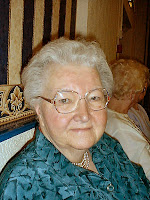 The first time I saw it was when she was visiting me and took out her purse to pay for a purchase. There it was, inside her purse, a picture of me. An old and not very flattering picture of me. It was one of those passport photograph booth pictures, taken years ago. My hair was a different style, short and flat, one I had not had for many years. I was staring fixedly into the camera, no smile on my face. The harsh light making my skin look pale and unhealthy. I wondered why she had chosen that one but I said nothing. Not an easy question to ask.

I have many pictures of her. Ones from her youth, as a bright and happy young woman. Her hair short and dark. Dressed in pale or white summer dresses, ones with wide belts and full skirts. Pictures of her in motherhood, her clothes changing over the years, showing her own slow change in tastes. Pictures of her taken only in the last few years. Pictures of her as the rosy cheeked, white haired grandmother that she grow into. (I have no pictures of her at the end, a tired and ill old woman, nor do I want to remember her as this.)

I don't keep any pictures in my wallet. Even if I did they would surely become lost in the chaos of pieces of paper, some only scraps, cards of paper and the plastics ones I now require, loose coins, my different IDs I must have and all the other things tucked away in there. For me pictures are to be placed in frames and hung upon walls so that all can see them, enjoyed at a glance. Such are my favorite pictures of her. Not hidden away in the dark and clutter of my wallet. (I have heard others say that they carry pictures of their loved ones, their partners or children or parents, with them so they can glance at their likeness whenever they want. I carry around my memories of her, as bright as many photographs, with me in my mind, never to be forgotten).

It was always a wonder to me why she choose a picture of me to carry around with her. I am not her only child, I have both an older brother and sister, but I am her youngest. Maybe that was the reason she choose. I was her youngest child, the last one to leave the nest, after I had gone she was no longer required to be a mother - a role she been for forty years. Maybe there is a special bond between a mother and her youngest child, I do not know, not having any children myself, for if there ever was I am ashamed to admit I never noticed. Why did she choose that picture, of all the ones she had of me, such a harsh and unemotional one, to carry with her. (It is too late now to ask these questions.)

At the end, as she lay there in that bed being cared for by nurses who it had only taken her a few weeks to grow close to, I was unable to ask any but the simplest of questions. I had thought at the end I would be able to ask her all those questions I had been yearning to know the answers to, ones over which I had puzzled and wondered for years, not least about that picture. When the time came all I could ask were those basic questions, "Are you comfortable" and "Is there anything you want". The profound ones forgotten and replaced by the important questions.

As a child I had questioned and questioned her, why this and how that, my search for knowledge. As an adolescent I had distanced myself from her and her rules as I was fighting my own demons in my head. What did she know? Only as an adult, when I had become a professional in my own right, were we able to reach an understanding and peace with each other. I was still her son but now we could talk as equals.

After it was all ended, the funeral and cremation and final spreading of her ashes, did someone find that picture of me? As my father and my sister were clearing out her handbag, the final act of tidying a life away by disposing of their now unneeded things, did they find her purse? As they emptied the purse did they find that picture of me and what did they make of it. These questions are unimportant; I will forget them and never seek their answers. Instead I will hold those memories I have of her, memories that live outside of pictures.