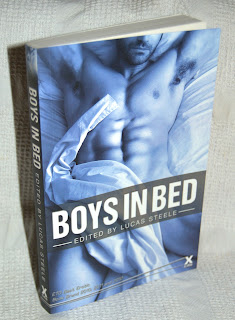 Last week I returned home from work to find that our front door would only part open; a parcel was stuck under it as I tried to open the door. This happens all too often. I arrive home before Martin (My hours mean I always finish work before he does) and often have to climb over the post behind our front door, parcels often get stuck under the door. It was nothing new for me having ease the front door open, trying not to damage the parcel that was stuck there, but it’s a real pain when it’s cold and wet outside and all I want to do is to get into the warmth of our home.

This is one of the best moments of being published, the moment when I receive my writer’s copy of the published work, the book or magazine that’s sent to me as part of my payment for my writing. That new, clean copy of the book with my name there inside of it. Once I have it held in my hands then I know for sure it’s real, I’ve been published and other people will be able to read what I’ve written, majority of them don’t know me and will never meet me.

I submitted my story to this anthology last year and, to my surprise and delight it was accepted. The story’s about a guy who wakes up, one Saturday morning, next to another guy in his bed. It’s about how they got there and what happens next, it could be described as the nearest thing I’ve written to romantic fiction.

You can judge for yourself because Boys In Bed is now available, either directly from its publisher HERE, or from Amazon HERE. It does contain sexually explicit material, but then that’s obvious.