Sex Sells (In the Literary Sense) 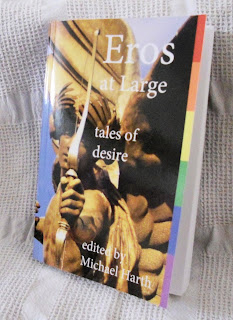 I submitted two short stories about men in long term relationships. The first story dealt with a man who finds out that his lover is cheating on him, yet again, but doesn’t react in the “traditional” way. The second story was a about a couple, who’ve been together over ten years, and are trying to spice-up their love-life, with messy and embarrassing consequences (These stories are much more my take on sex and relationships). The editor obviously liked them because they’re both in the book. 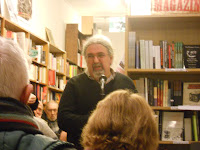 It’s a long time since I’ve read from my own work in public and it’s always been a strange experience. When I’m reading my own writing it always feels as if there’s nowhere to hide. If it was someone else’s writing then it’s their words people like or dislike but when it’s my own work I worry that people won’t like my writing, won’t like how I deliver it or both. Yet I want people to read my writing and book launches are all part of the process.

Well, no one booed me and Martin said I read well, so someone liked it. The evening did go well, but most importantly my stories are included in that anthology. So, onward and upward...

Eros at Large can be bought here, at the publisher’s website, or you can find it on the “Bookshop” page of my website.