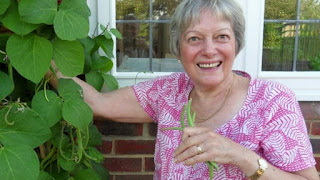 On 21st July 2015, Gill Pharaoh died, aged 75. She was a retired Palliative Care Nurse who had written books about caring for people at home, chronic illness management and palliative care. All this has been over shadowed by the nature of her death.

Gill Pharaoh died in an assisted dying clinic, in Switzerland.

Ms Pharaoh didn't have cancer or any other terminal condition, but she was old age. At 75 she was experiencing the effects of old age on her body and her life and she didn't want the loss of ability, control and dignity that she saw ahead of her.

But this wasn't a woman acting on vanity, this was a woman who knew the realities of old age, she was a retired Palliative Care Nurse and had written books about chronic illness and dying at home, and decided she wanted to choose the time and way she died. Her death should be the wake-up call that we, as a society, are desperately overdue a sensible and adult debate on euthanasia and assisted dying.

A debate that looks at people's wishes and concerns. More and more we are finding ways to treat and manage different health conditions, and people are living longer; but not always living well. We can keep people alive longer, it is now common to see elderly people living with two or more chronic health conditions (Something that was rare even thirty years ago), but is it always right to keep people alive when we also rob them of their dignity and quality of life?

A debate that listens to people's wishes and the views of people living with long term conditions and life-limiting conditions, we need to listen to the people involved first.

This debate, I fear, we'll never have, because at the first mention of euthanasia we are swamped with hysteria from our media and religious leaders. We are bombarded with talk of “Doctor Death” and old people being forced into death camps, and this is all we seem to hear. The one word that dominated the reporting of Gill Pharaoh was “healthy”, there was so little reporting of her reasons and rational. How can we have an adult debate in this climate?

Every fortnight a Britain travels from the UK to Switzerland to use one of their assisted dying clinics; of all the foreigners using these clinics Britain's make-up a fifth of them (1). These are the people who can afford and are able to travel to Switzerland.

We are long overdue a calm and adult debate about assisted dying, but in our climate will we ever get that or will we just be drowned out by the hysterical shouting, again.

Fourteen years ago my mother died from cancer. At the end of her life she stopped eating and drinking, by her own choice, because she'd grown too tired of her illness to carry on.