Four Corners of the Same Room 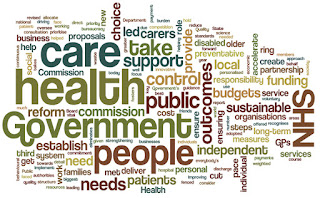 I have a Smartphone, and like so many other Smartphone owners, it’s more than just a phone for me. One of my favourite things on it is my news apps, apps that stream me the latest news, and my favourite of these is the BBC news app. I have always valued the BBC news and to have it there on my phone is so great, they even let me group items by category, and then select the categories of interest to me. Of course one of these categories on my BBC news feed is the NHS.

The Royal National Orthopaedic Hospital (RNOH) in Stanmore, north London, has launched an appeal to raise £400,000 for its spinal injuries unit. They want to expand the unit by building six more beds and buying new rehabilitation equipment, and this is the only way to fund it. The Trust says they have to do this because there isn’t any government funding available.

Many years ago I worked at RNOH. It was a leading orthopaedic hospital, it performed surgery and treatments that weren’t available anywhere else, its spinal injuries unit was in high demand; but funding was never a problem. The Trust was highly regarded by the Department of Health and funded well to do its worked. This has gone and now they are begging online for funds for patient care. This refurbishment is for patient care, equipment and extra beds, it isn’t just funds to repaint the walls and buy “original art” to hang on them.

Teenagers with mental health problems are vulnerable enough but this young woman was nursed on a general medical ward, alongside patients with dementia and patients who were terminally ill. Also, the nursing staff would be skilled in general medicine, not medical health, they wouldn’t be able to meet her needs.

She is now receiving care in a dedicated mental health unit, but its 150 miles away from her home.

Hundreds of people took part in a march, on Sunday, in Barnstaple, Devon, against proposed cuts to the North Devon District Hospital. A leaked report has proposed cuts to stroke, maternity and neo-natal services.

These cuts are only proposals, these are not definite cuts to services, but they have already frightened the local community into action.

By 2021 NHS North East and Cumbria, which serves a population of over half a million (1), could be facing £1 billion deficit.

To cut back on expenditure they are proposing downgrading two Accident and Emergency units, and cuts to acute medicine and surgery services, maternity, orthopaedics, and paediatric services. These are severe cuts to core services provided by NHS North East and Cumbria, these are not fringe or under used services, these are some of the main healthcare services they provide.

And the thing that links these four stories is NHS funding, or the cuts to it.

The underfunding of the NHS has caused all four of these stories and the second story shows directly the effects on patient care these cuts are causing. It is very re-assuring seeing people marching in Barnstaple against proposed cuts to their local hospital’s services, but so far the majority of cuts have fallen on mental health and community services (2). These services are often hidden from public attention, and rarely generate much protest when they are cut; but when they are cut we see the hard effects they have on patient care (3).

NHS funding has not kept pace with rising costs and demand, demand is outstripping funding. In the last year there has been an increase in demand for almost all NHS services; Ambulance calls-outs were up 7% on the previous 12 months, A&E attendances were up 1.1%, Emergency admissions were up 2.7%, Diagnostic tests were up 5.8%, and Consultant-led treatments were up 5.1% (4); but two out of the eight targets for cancer treatment were missed (4) and the A&E target of 95% patients being treated within 4 hours was missed for the whole of last winter and even dropped below 90% (4), this dropped as low as 85.8% in June this year (5). The number of patients waiting longer than four hours in A&E, 181,535, has almost doubled in the past year, from 96,663 in June 2015 (5).

But there are is also increased demand and failed targets at the other end of hospital care. 6,105 patients’ discharge from hospital was delayed, when they were medically fit, in June this year, often because social care support was not available to support them at home, compared with 6,045 in May this year (5). The number of days lost to delayed transfers of care, people not being able to be discharged to social services care, was 171,298, the second highest recorded, below only the total of 171,452 in May 2016 (5).

Waiting list of patients awaiting elective treatments (Non-emergency treatment or planned operations) continues to grow, with an estimated 3.8 million patients waiting for treatment in June 2016; this is the highest level since December 2007 (6).

The NHS is facing more and more demands and yet the government’s reaction seems to be the opposite. Faced with this unprecedented rise in demand, the government’s reaction is to limit NHS funding, and to repeatedly demand efficiency savings. Nearly half (47 per cent) of NHS trusts are facing end-of-year deficits (6), and 23% of Commissioning Care Groups (CCG), the groups that commission NHS services, are also facing deficits this year (6). 40%of NHS trust finance directors and 61% of CCG finance leads are concerned about meeting the productivity targets they have been set for them by the Department of Health this year (6).

But how big are these deficits? What is there cost in pounds? NHS Trusts ended 2015/16 in deficit (£2.45 billion) for the second year in a row. Halfway through this year, the NHS reported a deficit of £1.6 billion, and predicted an end of year loss of £2.8 billion (7).

How did the NHS get into this mess? The press always makes much of “financial mismanagement”, as if a handful of accountants on NHS Trust boards caused these billion pound deficits. The truth is the government has caused this; they have withheld funds from the NHS as it faces year-on-year increase in demand for its services. Back in 2010, when the Conservatives got back into government, they set the increase in funding for the NHS. Between 2010 and 2021 the NHS will be given a 10% increase in funding (9). This isn’t a 10% increase each year; it is a 10% increase in funding over the eleven years between 2010 and 2021. This works out to 0.9% increase each year (8). This doesn’t take into account inflation, the rise in cost of healthcare (which is much higher than inflation) and the extremely high increase in demand. No wonder the NHS is so underfunded.


The Department of Health has said the NHS will receive extra funding this year, £4 billion (9), part of an extra £10 billion in funding by 2021. But the NHS is facing a £2.8 billion deficit by the end of the financial year (7), which will swallow up three-quarters of this £4 billion, leaving a little over one billion in extra funding. £1 billion maybe a lot of money to most of us, but the annual NHS budget is £117.229 billion a year (10), so this will work out at about 1% extra funding to support all the extra demands on the NHS. The Department of Health has made a lot of noise about this extra funding, but this is the same Department of Health who is demanding £22 billion of “efficiency” savings from the NHS by 2021 (2). “Efficiency” is now government code for cuts because all the efficiencies, of this scale, were found decades ago. The government gives a little with one hand and takes away a lot with the other.

But this £10 billion increase in funding has already been question. The Health Select Committee, the parliamentary committee of MPs that has oversight of the NHS, has been examining NHS financing and they have found that this £10 billion is an over estimation. The real increase in funding will be more like £4.5 billion (11), less than half of the £10 billion being claimed. They say this is due to all the extra funding demands being put on the NHS, such as severe cuts to social services budgets, which is causing delayed patient discharges. And it is the NHS who is funding the care of patients who cannot be safely discharged. Dr Sarah Wollaston (Tory MP), chair of Health Select Committee, has written to the chancellor saying it gives the "false impression that the NHS is awash with cash" (11). 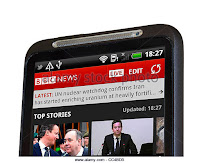 People in Barnstaple marched out on their streets at the threat of cuts to their local hospital, but local NHS services are already being cut and stretched beyond their capacity. Why aren’t people marching on the streets of every city and town and village in this country? NHS services are being cut and scaled backed right across the country, but a piece at a time. They are being cut when empty jobs aren’t filled, when facilities aren’t being refurbished, when no new equipment isn’t being bought, when staff are expected to treat more and more patients with no extra resources.

Our NHS is being stolen away from us a piece at a time, why aren’t we rioting on the streets? Surely we don’t all believe Jeremy Hunt’s lie that the NHS is safe in his hands?