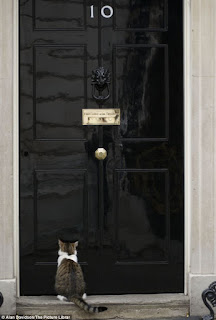 We have just come out of another winter crisis, the third winter crisis the NHS has suffered in a row (2), even though the past three winters have all been mild, without any long cold spells (3, 4. 5). And this is only one of the many problems facing the NHS.

As nurses we have a voice and we need to make our voices heard in this election. We must stop the agenda just being about Brexit and what the politicians want us to hear. Health unions have already called for this election to be about the state of the NHS (6), unions including the RCN, BMA, Unite, UNISON and the Royal College of Midwives. The Royal College of Nursing (RCN) has already launched its “Nursing Counts” campaign (7), to ensure healthcare priorities are at the heart of all the political parties’ manifestos.

But what can we do as individuals? In reality we don’t elect a Prime Minister at an election, we don’t vote for a specific political leader, what we do is elect our local MP, who then has the responsibility of representing us in parliament. Therefore shouldn’t we ensure that the candidate we vote for has our best interest at heart?

At the last election I emailed all my local candidates asking them how they would support the NHS, their responses were certainly a mixed bag and often not what I wanted to hear (You can read my blogs about it all here, here, here and here). But this hasn’t deterred me. At this election I am going to do exactly the same. This time I will also blog about it and the experience, we need to engage with candidates or how else will they know our concerns. At the end of this blog I’ve pasted the email I’ve sent to my local candidates, complete with reference links. Feel free to use any or all of it if you want to email your local candidates too (Details of your local candidates can be found here).

Wouldn’t it be wonderful if every nurse in the country emailed their local candidates and quizzed them on how they were going to support the NHS? Those candidates wouldn’t be able to ignore the problems facing us and the NHS. Wouldn’t it be wonderful if everyone who reads this blog emails their local candidates? We need to make our voices heard, we need the candidates to listen to our concerns, otherwise the media will make all the running and all we will hear about is Brexit. Nursing and the NHS deserves better.

Why Should I Vote For You? email

I live in the ______ constituency and I intend voting at this coming election, but my vote is very precious to me, I only get one vote, and I want to make my vote count. As a candidate, you want to represent me in parliament, I want to know that you will support my concerns and worries if you were elected.

I am a nurse, working in the NHS, and I am very worried about the state of nursing today. Nursing is under threat from the following factors:

Nurses are the glue of healthcare, without us so much patient care just would not happen, yet our profession is being eroded. What would you do, if you were elected my MP, to reverse this erosion and to protect and value nursing?

As I said, my vote is very important to me, as a voter and also as a nurse. Why should I vote for you in this coming election?

(Email address) – to make sure they can reply to me

(Postal address) – to show that I live in their constituency
Posted by Drew Payne at 08:44

A Vision Statement may be a essential tool in shaping the goals (and success) of your business. while not a "big picture" or vision to stay in mind, it's only too simple to become absorbed within the every day business of doing what is most desperately before of you. visit the site

The Eyesight Declaration can be a important device within framing the actual objectives (as well as achievement) of the company. whilst not the "big picture" or even eyesight in which to stay thoughts, it is just as well easy to turn out to be soaked up inside the every single day company to do what's the majority of frantically prior to associated with a person.more

Normally students revise daily their lessons for their preparation. Students need daily revision for preparation in studies. First, we write your writing then we revise it and remove all shortcomings from it. You should check here to get more info about it.

This is not just in your country but it is almost everywhere politicians only think about their seat and the ways to make money. So it is your responsibility to vote for a good politician who actually will do in favor of your country.

Wow... I am amazed the step you had taken to make the politicians realize our value. Because they are on a seat just because of our votes. So, Why should i vote to a person who is not eligible for that post.

This isn't simply inside your nation however it is nearly almost everywhere political figures just consider their own chair and also sop mba the methods to earn money. So it's your own obligation in order to election for any great politician that really is going to do in support of your own nation.