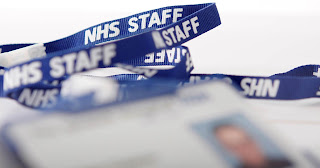 Last week the Royal College of Nursing (RCN) members voted to accept the government’s pay offer of 6.5%, phased in over three years (1). The vast majority of NHS unions have voted to accept this pay rise (2). The only one to have voted to reject it was the GMB union (3). In the RCN ballot, 77% of members who took part voted for the pay deal, though the ballot only had an 18.5% turnout (1) – anyone who has organised an online or postal survey knows this is a pretty high response rate.

I have blogged previously why I feel this is a bad deal, read the blog here, but basically it’s a bad deal because:

GMB general secretary Tim Roache denounced this pay deal, saying, “After a nearly a decade of pay-pinching the prospect of a further three years of cuts to wages is unacceptable.” (5) I agree with him but it seems I am in the minority in nurses.
If this deal is so bad then why did so many nurses vote for it?

Eights years of no pay rises or less than inflation pay rises have worn down many nurses to the point were people will take any deal for the chance of a pay rise. The government’s chronically poor management of the NHS has left so many nurses so demoralised that they readily excepted this poor pay deal. I cannot blame nurses for doing this, nurses’ moral is at rock bottom and stress is at record levels, but I do blame this government for running down the NHS with eight years of under resourcing it and then pushing this bad pay deal upon us.

We should have been forewarned that this pay deal was going to be bad. Jeremy Hunt has previously been talking about wanting to “change” our yearly increments, pay points, calling for a “more professional pay structure” in the NHS (6). But this just shows how little he understands the NHS. The increments were brought in to reward professionalism and professional development, but Hunt has not seemed to very interested in professional development of NHS staff. He has been very silent as nurses lose continuing professional development (CPD) time (7). A third of nurses (34%) told the NMC during the revalidation process in 2016 that they achieved ten or fewer hours of CPD training each year (7). But is that Hunt’s definition of “professional”? Or does he mean a pay structure that is cheaper and forces staff to work harder for any pay rises, as if we aren’t working hard enough.
Well Hunt has got his wish, our increments structure has been butchered. What next will he want us to accept?

As for me, I voted against accepting the pay deal. In my blog about it, I had said I’d be voting to accept it for the chance of a pay rise and because I feared that the government wouldn’t offer us a better deal and would try forcing this deal on us. But in the end I just couldn’t accept such a bad deal, a deal that gives so little and takes away so much.

On the other hand.

Nurses on the island of Guernsey will get a 4.25% pay rise this year with the promise of further pay reform, pay increases, to come (8). I guess for nurses the way to get a decent pay rise is to work in a tax haven, now there’s a thought for post-Brexit Britain…

"Nurses on the island of Guernsey will get a 4.25% pay rise this year with the promise of further pay reform, pay increases, to come (8). I guess for nurses the way to get a decent pay rise is to work in a tax haven, now there’s a thought for post-Brexit Britain…" In a nutshell Drew-you are spot on! It simply makes NO sense but 77% of 18% of RCN nurses thought it was a brilliant pay rise because they fell for the RCN car salesman gimmick... I am gutted but there's nothing I can do personally to change things now-it's too late. We tried our best, like many other activists, to show exactly how poor this deal was but it didn't work. When there is still no retention and recruitment of nurses post this pay deal, I won't enjoy saying "we told you so!" because that will mean we are in an even worse situation than we are at the moment. Not much to look forward to... :(