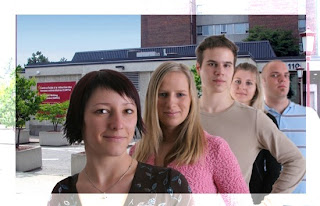 Recently, I’ve started to write opinion pieces for Nursing Times, the other weekly nursing publication in Britain, and they’re not the easiest of things to write. Obviously you start with a subject, something you want to write about, my first one that was published (at the beginning of this month) was on what action is being taken against people who attack healthcare staff – in Britain it seems to be none. But it is so easy then just to fire off all your personal prejudices. “I think anyone who attacks healthcare staff should be shot,” kind of thing. I see that all the time in tabloids when C-List celebrities have columns and all they do is use it as a rant. I tried to make my opinion piece a spotlight on the subject, set out my standpoint and then challenge readers over it, was it fair that those who attack healthcare workers are rarely prosecuted. Well it seemed to work because Nursing Times published it and they’ve accepted for publication a second one I wrote. Does this mean a new career opening, God I hope so.

My last blog was about my personal experience of the July 7th London bombings. I hope I didn’t come across as a victim, God knows that I’m not. But I did want to show how terrorism affects so many lives, people far beyond those poor souls who were physically injured by the attacks; I also wanted to show that we can’t spot a terrorist just by the way they look, because so often they look like everyone else around us.
Drew.
Posted by Drew Payne at 05:13