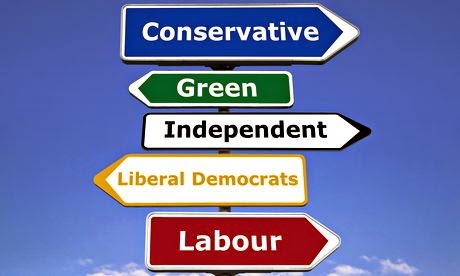 The saga of my attempts to get my local candidates to reply to my email and give me a straight answer further continues.

After Friday's blog things have moved on, but not that far. Today I came home from work (As a nurse I have to work weekends, and no 9% pay rise for me, unlike MPs) to find an email from the Conservative candidate, Festus Akinbusoye, but from the tone of the first paragraph my tweets to him galvanised him into replying.

That still leaves the Liberal Democrat candidate, Paul Reynolds, and the UKIP candidate, Jamie McKenzie, who haven't even acknowledged that I sent them an email, and the Labour candidate, Lyn Brown, who hasn't answered my questions.

21 days since I sent out my email, and only 11 days until the General Election, and only two candidates have replied to email and only after a bit of naming and shaming on social media; plus two other candidates (Andy Uzoka of Christian Peoples Alliance and Cydatty Bogie of Communities United Party) are completely unreachable. Am I asking too much, are these candidates ignoring me, or are these candidates so incompetent/too lazy to reply to me?

The media tells us that this election is too close to call, so I would imagine that candidates would be chasing any vote they could get, or is that only in marginal constituencies?