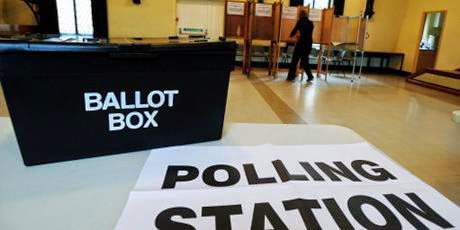 Events more on. The election is now only six days away and I move forward but only by half a step.

Lyn Brown (Labour Candidate) has confirmed that she will answer my questions but only by letter, because I’m one of her constituents (Which was only told to me yesterday). How long this letter will take to arrive I don’t know. I certainly don’t know if it will arrive before the election, and if it doesn’t then what is the point?

The silence from the Liberal Democrat candidate, Paul Reynolds, and the UKIP one, Jamie McKenzie, is almost deafening. I have emailed them again, asking for them to reply to me, but it is now twenty-six days since my first email and I don’t hold out much hope of a reply.

I have just done another internet search on Andy Uzoka (Christian Peoples Alliance) and Cydatty Bogie (Communities United Party) and I can still find no contact details for either of them. Are they even standing? And if so are they even serious candidates? It doesn’t feel like that the way the way they seem to be making themselves deliberately un-contactable.

I know I am sounding more and more cynical but that is the way I am feeling. When I started this I wanted to know my local candidates’ views and knowledge of the NHS and its issues. Now this has become a frustrating battle to get these people to just engage with me. They want to be my local MP, with all the influence, privilege and high salary (Especially compared to the average wages of someone living in West Ham) that comes with it, yet they can barely be bothered to acknowledge me, let alone answer my questions. Why do they think I’ll vote for them?

If this is the standard of people standing at this election then no wonder that people are so disillusioned with politics.