Is Failure Ever An Option? 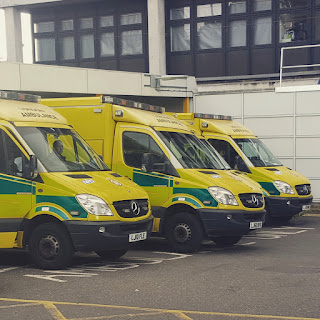 Week on week the media is full of stories about failings in the NHS. Two patients died while waiting in a corridor for treatment, (1), a woman died from a brain haemorrhage after there were no intensive care beds available (2), a woman died after surgeons inserted a heart valve upside down (3), surgeons operated on the wrong body part of a patient (4), an NG tube being inserted in a patient’s lungs instead of the stomach (5), and at an A&E Department a patient lay dead for four-and-a-half hours before being found (6).

Previously anyone of these stories would have caused public outcry and would certainly had the nursing profession up in arms and condemning these failures in care, but now these stories barely reach the front pages of newspapers and news websites. Are we no longer shocked by failure?

The NHS is under immense strain, our workload has vastly increased; patients attending A&E Departments has increased by 6% in the last year (7), 193,000 patients a month are waiting beyond the target of 18 weeks for surgery (8), there has been a 3% in emergency admissions via A&E (7), diagnostic tests have increased 5.8%, and consultant-led treatments have increased 5.1% (9). And all this extra demand is having an affect on NHS services. Cancer treatment targets have been missed for the last three years (10), in December and January only 82.3% patients attending A&E were seen within hours (The target being 95%) and in the same time 18,000 patients waited on trolleys of four hours or more to be admitted into a hospital bed (11).

Yet as this demand increases NHS resources decrease, in real terms. The NHS receives an extra 0.9 funding a year (12), and this has been the case since 2010. The inflation rate, December 2016 to January 2017, was 1.6% (13). This doesn’t take into account the extra costs forced on the NHS. Delays in discharging medically fit patients because of no adequate social care (so called “Bed Blockers”) are costing the NHS £900 million a year (14); many drugs have increased in price far more than inflation, prices for generic cancer drugs have risen sharply in the past five years, Tamoxifen and Bulsufan are now 10 times more expensive even though they are no longer under patent (15); the winter crisis we have all lived through has cost the NHS an extra £900 million (16).

But with this increased demand there has not been an increase in staff to meet it, actually the opposite is true. In 2010 there were 8,153 vacant nursing posts in the NHS, 2.5% of the nursing workforce (17), last year (2016) there 21,205 vacant nursing posts, 10% of NHS nursing posts (18). That is a four-fold increase in the number of nurses the NHS is short of, and that is just nurses. It is similar with all NHS healthcare professionals.

There’s more work to do, less resources to meet it and less of us to do the work. It is the perfect storm for things to go wrong. Under this stress mistakes happen, things are forgotten, there isn’t enough time to do everything. But this is healthcare and there is no room for errors or mistakes. If an employee makes a mistake at Tescos the worst that happens is costumers can’t buy their favour sliced bread. If an NHS nurse makes a mistake than a patient’s life could be seriously impaired or even ended.

So why aren’t we more shocked when things go wrong, when patients are harmed or even die? Is it happening so often that we have become numb to it? Are we relieved to hear that it didn’t happen were we work? Are we too busy and stressed to notice?

But the leadership, at the very top of the NHS, seems completely out of touch with what is 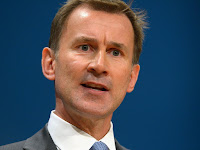 really happening in the NHS, the leadership of Jeremy Hunt. In November 2016 Jeremy Hunt issued a statement saying “NHS [has] extra resources to make sure it is better prepared than ever before” (19). At the same time he described calls for extra NHS funding as “misjudgement” (20), ignoring the record deficit in funding the NHS is facing. In January, as the winter crisis was deeply hitting patient care, Jeremy Hunt hinted that the four hour A&E target could be relaxed (21). Shifting the targets to reduce bad news? When the British Red Cross called the NHS winter crisis as a “humanitarian crisis” (22) Jeremy Hunt was nowhere to be found to reply to this (23), over a whole weekend he didn’t issue any statement, he didn’t seem to be working at the weekend. When he finally issued a statement he said that there was “no excuse” for the winter crisis (24), ignoring all the factors causing it. His tone was very much to blame hospitals, and therefore their staff, for the applauding situation. Now in March, the day after the budget which announced extra funding for social care but none for the NHS, Hunt demanded that all NHS A&E Departments must hit their four hour treatment target (25). No extra funding or resources to do this, just Jeremy Hunt demanding it.


How can anyone respect such poor and arrogant leadership?

Jeremy Hunt does not seem bothered by these increasing failings in the NHS, his silence on the subject (Except for the occasional apology when he is embarrassed by the media) certainly says that failure is acceptable to him.

Poor healthcare ruins lives and we should never accept this. We should be shouting from the hill tops, in the streets, in anywhere were people will listen to us that one death because of an NHS failure is NEVER acceptable. Why aren’t we? Or have we grown so tired of this government’s complete lack of concern about the state of the NHS?

With all the pressures, rising demand and cuts to its resources the NHS is under, has failure lost its power to shock? It feels like it…