And Finally I Voted, Making My Vote Count, part 6 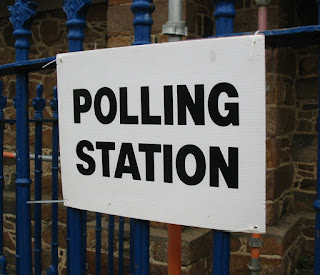 I voted today, but I wasn’t really inspired by any of my local candidates to do so. None of them stood out as the ideal candidate, none of them inspired me that they would make a great MP for my area. They barely seemed to be treading water as campaign politicians, none of their answers to my questions inspired or challenged me, and they showed so little knowledge and understanding of the NHS. Now the NHS is a complicated subject, I say that enough times in my writing, but it is such an important political subject that anyone wanting to make a career in politics should have at least a working knowledge of it.

I don’t know if the poor quality of candidates was due to my area or is this due to the quality of politicians in general, the fact that I live in a safe Labour seat (the other candidates don’t stand a chance of being elected so don’t fight the election very hard, and the MP is so secure she can just phone in her campaign), or is it because this was a snap election, so snap that it seemed to even catch the Conservative party unawares?

The previous General Election, 2015, there was a lot of talk about “voter apathy” and politicians not engaging with voters, especially young voters. This time I didn’t hear that repeated but I am sure that it was because this was a snap election, no one sure it coming because Theresa May repeatedly she wouldn’t be calling a snap election until she suddenly did. But this time I saw no more engagement with voters by my local candidates than I did in 2015 (I blogged about trying to do that in 2015 here, here, here, here, here and here). I feel just as disillusioned with my local candidates today as I did on Election Day 2015.

What mind up my mind who to vote for was the national campaigns and what the political parties and their leaders were saying, especially what they were promising to do for the NHS. It was the national parties’ promises on the NHS that swayed my mind, and nothing that my local candidates said or did.

I feel it is my responsibility to vote, so I vote at every election. I live in a democrat society and therefore I have a responsibility to vote, to be involved in the political process. Plus, how can I criticise the government of the day (And I do, just read previous blogs of mine) if I didn’t vote. I just wish our politicians saw it as their duty to engage with their voters.

Wow, what an election this has been! We were all following it.

AS an Australian, we have to vote, so it becomes very normal. I always vote according to party politics, because the local member will always act according to their party, not simply as the locals want them to. The party ideology is the bigger picture and undermines all their decisions, so it gives you a clearer guide for what you want locally, for individual issues, and for the country.

But, I guess if you don't feel in any strong way for either political side, that could make it hard.