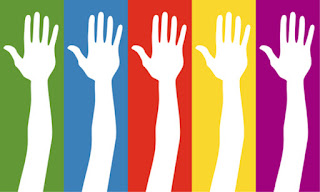 As I keep saying, a week is certainly a long time in politics, and it is a long time with this blog as I try and engage with my local candidates. It seems I am getting closer to actually engaging with them, accept it is now only six days to the election.

Last weekend The Green Party candidate finally put up his email address on the Who Can I Vote For website, the last of my local candidates to do so. It does seem very last minute, with a little over a week to the General Election. Of course I emailed him my questions (1), how quickly he’ll reply to me I just don’t know.

Monday I came home from work and found another campaign leaflet from the Liberal Democrat candidate. This leaflet was very high on promises about Brexit and supporting local residents, though it is very low on measurable policies. He lists five reasons to vote for him, none of them are about the NHS. The front of his leaflet does say, “More money for NHS hospital, reducing waiting times.” What he does not say is how much more money he will give and by how much he would reduce waiting times. It could be as little as £1 more money and reduce waiting times by 1 minute. This statement is so vague, it is unmeasurable.

Thursday I received my first reply to my email. The UKIP candidate sent me an email and she actually answered some of my questions. Her points were:


Now these claims sound very reasonable, on the surface, but a look deeper at them finds there’s not a lot of substance to them.

PFI is a big finance burden on the NHS. The private businesses, financing the original deals, are owed over £209 billion over the next 35 years (2). The money paid to them, in 2015 alone, equalled 0.5% of Britain’s Gross Domestic. These deals are draining money from the NHS but ending them is going to be very difficult and expensive, an expense that the NHS might not be able to meet at once.

Increasing the tax allowance will help a lot of people, nurses included. Raising the top level of tax to £55,000 will not benefit many nurses. The current top rate of tax starts at £45,001 (3). At present you have to be on mid-point Band 8a or Band 8b and above to start paying the higher rate of tax. Under UKIP proposals you will have to be on top Band 8b and above to start paying the top rate of tax. Either way the vast majority of nurses will never earn enough to be effected by the top rate of tax, but raising both the tax allowance and top rate of tax will decrease the amount of money the government raises and that could directly affect NHS funding.

UKIP will give the NHS an extra £9 billion a year in funding; but the head of NHS England, Simon Stevens, has said that the NHS needs an extra £10 billion just to keep going (4). This doesn’t include any expanding of services, and last winter’s crisis showed that the NHS did not have any extra capacity to meet any increase in demand. The NHS needs to expand services as demand increases year on year, just providing enough funding to keep the lights on, at present, will not allow for this. As for social care funding, The Association of Directors of Adult Social Services estimated that £4.6 billion has already been cut from social care budgets since 2010 (5), an extra £2 billion is less than half of that. We have already seen that underfunding social care has a direct effect on increasing demand for NHS services.

They will also increase the number of nurses trained, which is desperately needed, but do not say by how many. It takes three years to train a nurse, plus the time to create these extra training places, so we won’t be seeing these extra newly qualified nurses for at least four years, and these nurses will not have the skills and experience of the nurses the NHS is already losing each day.

They say they will increase nurses’ pay but again they do not say by how much. Since 2010 nurses’ pay has fallen by 14% in real terms (6). Are they going to give nurses at 14% as soon as they get into office? If they don’t give exact numbers how can we hold them to their promises?

The NHS already has a 10% shortage of doctors (7) and back in November 2016 was facing a 3,000 short fall in A&E doctors (8). Training more emergency medicine consultants is a good thing, but without the support of a team of junior doctors those consultants are going to have a near impossible job, and will we be able to keep them?

A Royal Commission is a formal inquiry into an organisation and/or a situation and is usually chaired by a senior legal figure. Is it the right way to identify the problems facing the NHS and to provide solutions? Governments can ignore a commission’s recommendations in part or in whole (The Leveson enquiry into the culture, practices and ethics of the British press) and they can drag on at great expense (Royal commission into institutional responses to child sexual abuse). Also the government sets the remit of a Royal Commission, they will decide what the commission will look at and what they will not. A cleaver government could even insure that a commission comes to the conclusions they want to hear. A Royal Commission into the NHS could takes years to come to its commissions, years which could see the situation in the NHS becomes far worse.

She wrote nothing about UKIP’s policy to restrict immigration (9). The NHS relies heavily on non UK workers, 11% of all NHS staff and 26% of NHS doctors are non-British (10). We still don’t train enough doctors, nurses and other healthcare professionals to meet the demand, we need non-British staff for the NHS to survive.

So far only the UKIP candidate has replied to my email, and I emailed her much later than the majority of the other candidates. I was surprised that it was the UKIP candidate was the first to reply. I live in an intercity, multi-cultural, London constituency, not the natural home for UKIP. At the 2015 General Election UKIP barely campaigned here, so I wasn’t expecting to hear from her this time.

What I am most disgusted about is the lack of contact I have received from the big three political parties. They barely seemed interested in my vote, they are barely doing anything to win my vote. I have had campaign leaflets from them but nothing else, and all those leaflets were very low on facts and details. I know this is a snap election but it feels as if the one person my vote is important to is me, it certainly doesn’t seem important to five out of six of my local candidates.