Based on Real People 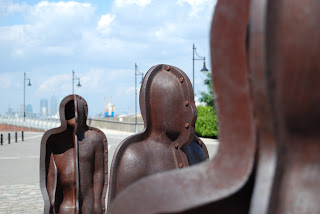 “I gave you good script,” Ma to Alan

The writer Alan Bennett has been very open about how much he is inspired by real-life events. He has written plays and film scripts all inspired by real-life events; he has written several volumes of autobiographical essays, and every year or so he publishes extracts from his diary. I’ve seen and read all of them and enjoyed them so much. In his autobiographical play Cocktail Sticks, about his relationship with his parents, the character of Ma (based on his mother) says, “I gave you good script,” meaning he has used so many of the actual things she said in his writing.

I cannot class myself in the same writing league as Alan Bennett, but I take so much inspiration from real-life events. That inspiration seems to fall into three different types.

The first is when I want to write about events or attitudes that have made me angry or upset. This is when I use fiction to explore how I feel about a subject or when I want to write about attitudes in order to expose the negative/destructive nature of them. My short story I Always Knew is an example of this. It was the height of the Jimmy Savile scandal and I heard an elderly journalist on the radio saying that he’d always known about Savile’s crimes. My anger led me to explore that attitude, those people who are always “wise” after a tragedy, in this story.

Secondly, I can find inspiration in news headlines and real events. Sometimes it a headline and a short news item that inspires my imagination. I don’t do anymore research, instead I let my imagination dwell on those sparse descriptions or even single event and then I fill out the events and with characters I’ve created. Without researching the events any further I can make sure I am not using the people and their tragedy for my own fiction, that my story is a complete work of fiction. A Family Christmas is an example of me using this type of inspiration. There was a mass shooting in America, on Christmas Eve, the year before I wrote this story. I learnt no more about that tragedy but my imagination filled in the blanks and I created a story that explored a theme that leapt out at me from this tragedy.

I don’t always search out stories of death and tragedy, all kinds of things in the media can set my imagination off running. I read an interview with the actor Russell Tovey where he said a throwaway comment, but that comment set my imagination off. The result was the story That One Big Role.

I have also been researching historical events for a series of stories. These take a lot more research and less of my imagination filling in the blanks, though some of that is still needed. With these stories I want to examine a historical event from a fictional character’s point of view, find the human story inside the facts. These stories do take a lot of work, but I don’t want to stop writing them, the research is fascinating. The Trial of the Century is the first one in this style I wrote.

Thirdly, I find inspiration from my own life. It can either be just one small factor that I then spin off into a whole story, or else it can form a larger part of a story, or else I fictionalise something that happened to me as a way to explore what and why that thing happened.

Boxing Day 1975 is a short story of mine that was inspired by one event from my life. When I was a young child, on Boxing Day, together with my family I watched the big film on television that evening, One Million Years BC. That was the only part I took into the story, it is certainly not based on my own family but I do vividly remember how my family all sat down together to watch the same television film.

I met my first boyfriend in 1987 but our relationship did not last. Our break-up was different, difficult and not that conventional. I used that break-up scene, almost word-for-word from real life, as the opening scene of my story Out ofthe Valley. I used this story to explore obsessive love and not being able to let go of an ex-lover, none of which was my reaction to the end of that relationship, though this story did go through many rewrites over the years with the wish-fulfilment ending being quickly dropped.

Then there are those real-life encounters that play on my mind and imagination and form the bases of some of my stories. Jonathan Roven Is Lost (a story in my collection Case Studies in Modern Life) is a story that started off in that way. Through my job, I saw the effect dementia has on the partners of those people with it. My blog here gives a much fuller picture of how that story was created.

For me, there isn’t just one way that I find inspiration, but I guess that is the same for so for many writers, but using inspiration and facts from real life is very important to me, I want my stories to have that taste of authenticity.

I don’t use overheard dialog in my writing, like many writers do, because the few times I’ve heard anything decent I’ve forgotten the actual words by the time I get home. But I do use real people in my writing or people’s attitudes and beliefs. I don’t use direct copies of people; I don’t feel comfortable if readers can easily identify the person who was the inspiration for a character. So often I combine different things from different people—the attitude from one person, the clothes style from another and the physical appearance from another. But what really fascinates me are people’s attitudes and beliefs and how they affect their lives and how people’s personalities react in different situations.

I do remember one of the classic things my mother said, though I have never found the right story to use it in.

I was in my early teens and had just come home from school one afternoon and my mother was unpacking her shopping.

“I won’t buy anymore lemonade, all you lot ever do is drink it,” my mother said.