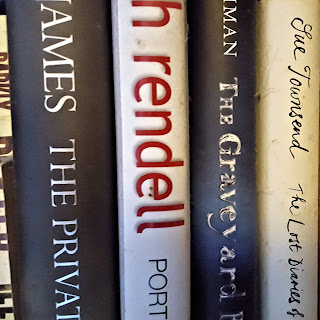 As we approach the summer, it’s time to read a book in the sun. Here are nine of book reviews that could inspire your summer reading.

Heterosexism in Health and Social Care

Homophobia is a word used frequently in our media, but what is meant by it? This book argues for the term Heterosexism to be used instead because it far better sums up the prejudice/discrimination LGBT people face.

It is 1979 and Alan Groombridge, the manager of a small, provincial town bank, has a fantasy… So starts a disturbing thriller by Ruth Rendell

State of Independence by Robert Farrar

This is a gay comedy of manners and that can be a genre.

Rag and Bone by Michael Nava

The Long Firm by Jake Arnott

It is the second half of 1981 and Nick Nowak has three new cases to solve.

Capote’s lost first novel, only published long after his death

The Shielding of Mrs Forbes by Alan Bennett

The Pale Horse by Agatha Christie

This novel centres around black magic, the supernatural and a murder-for-hire scheme for people to “dispose” of unwanted relatives.